★ Roundhouse kicking of some bugs
Unknown enemies emerge in the city! Our Stick hero continues to fight them off with a wide array of deadly weapons as well as helicopters and robots, who can devastate all enemies at once!Experience the game’s 3 different modes:

– Jump Jump: Where you must go up and keep jumping to avoid falling behind, while defeating enemies at the same time!
– Survival: Kill all the enemies and survive as long as you can!
– Doodle Runner: run for as long as you can, while avoiding hazards and collecting money to spend in weapons upgrades!

* Action *
Feel the fast action of Anger of Stick 2, with its realistic fighting and more than 130 combat moves! Perfom the newly added special air combo to defeat all enemies at one time!

* Weapons *
Use a deadly weapons arsenal and choose between the UZI, M1911, Grenade Launcher, Spas-12, SG550, Remington-870, Flamethrower, Ray-gun, Mini-gun, Bat, and the Sword! Combine these with the Helicopter and the Robot to overcome those doodle enemies!

* Map *
Walk through deserts, cities and forests in your quest to rid the world of these menacing stick figures! You can even fight inside buildings!

Tips:
– An infinite combo attack is available with Hero air combo!
– Enemies can be handled by using robots and helicopters on the streets!
– To avoid attacks from enemy guns and robots you will need to press the button on the key to move to the left. 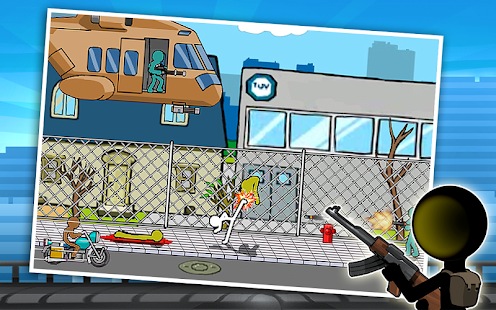 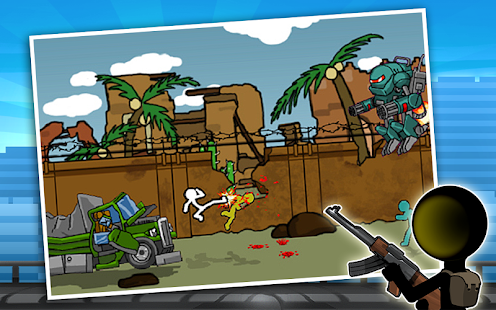 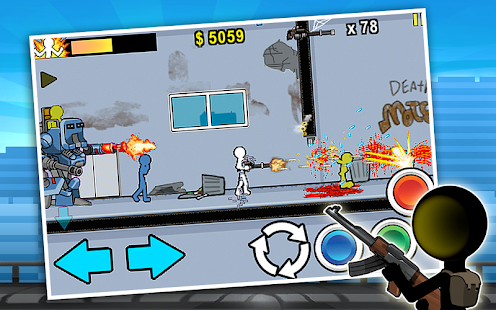