Army of Heroes 1.00.13 APK  The revolution has begun! Top mercenaries waiting for your order. Exciting, napalm burns, the vast fire! Plunge into a battle for supremacy right now. Play Army of Heroes FREE!

FEATURES:
– Gather your army of heroes! They lead the troops into battle, improving the strength of the whole detachment.
– Planted to the enemy bases with the help of trucks, military boats and helicopters.
– Controls, assign and change the target to attack at any moment of the battle.
– Use tactical advantages: napalm, kriobomby, propaganda leaflets and much more.
– Verbena most crazy mercenary from a crazy gunner to the scientist with a rocket launcher!
– Captures the key points of the airport, oil rigs, hospitals, laboratories !, thereby opening up new possibilities of engagement.
– Fight alongside your friends! Invite your friends and receive valuable gifts.

Release tropical country from the dictator, illegal seizure of power. Develop a base of small military outpost to the impregnable citadel. Attack the enemy base, freeing the jungles, deserts and cities from enemy forces. Teaming up with friends and fight with millions of other players around the world.

Important: This application can bind friends in social networks, and contains a built-in purchase push-notifications, which will help to accomplish the revolution! 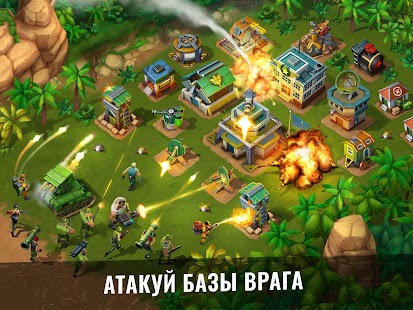 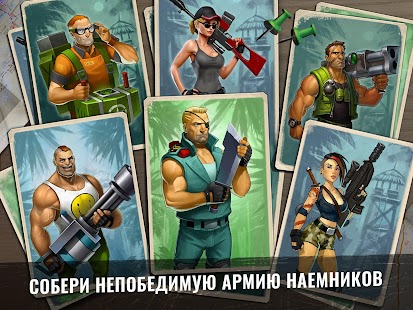 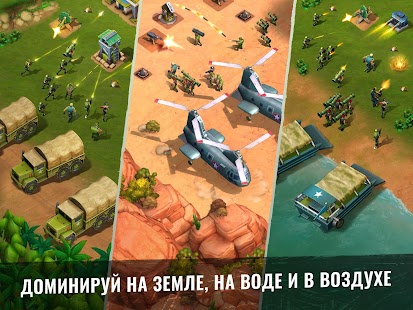 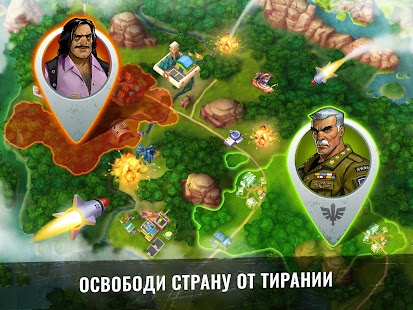