Update 2.4 brings cloud saves to Bloons TD Battles. Sign in to the Ninja Kiwi Cloud now to begin securely backing up your data. This will also allow you to transfer your save between multiple devices!
Includes new bugfixes and stability improvements.

Play the top-rated tower defense franchise in this all new head-to-head strategy game – FREE!It’s monkey vs monkey for the first time ever – go head to head with other players in a bloon-popping battle for victory. From the creators of best-selling Bloons TD 5, this all new Battles game is specially designed for multiplayer combat, featuring 18 custom head-to-head tracks, incredible towers and upgrades, all-new attack and defense boosts, and the ability to control bloons directly and send them charging past your opponent’s defenses. 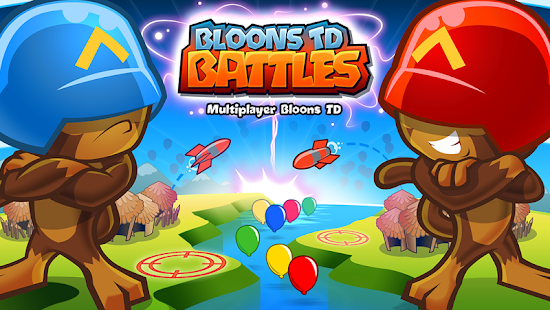 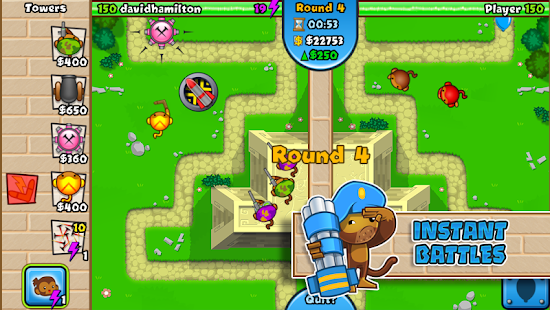