New Updates:
1. Added a new multi-team competitive game mode — the Lost Battlefield.
2. Increased the level limits of some Talents to Lv 8 (not including Revitalize, Enlighten, Corrode, Heaven’s Wrath, and Condemnation).
3. Added a new and more challenging Guild Boss.
4. Added new currency — Fame. Fame can be used to buy items such as Talent Runes in the Warehouse.
5. Added new Hero: Harpy Queen.
Needs more help? Email [help.castle.android@igg.com] with your IGG ID.
Players all around the world are clashing!
Upgraded for 2015 with MORE and NEW gameplay features!
Top 10 Strategy Game in multiple countries!
Raving 4.6+ Stars Rating!Build and battle your way to glory in Castle Clash! With over 100 million clashers worldwide, the heat is on in the most addictive game ever! In a brilliant mix of fast-paced strategy and exciting combat, Castle Clash is a game of epic proportions! Hire legions of powerful Heroes and lead an army of mythical creatures, big and small. Fight to the top and become the world’s greatest Warlord. Your empire is as strong as your creativity!
Now available in French, German, Spanish, Italian, Russian, Chinese, Japanese, Korean, Thai, Indonesian and many more to come.Game Features:
✔ Here Be Demon! Take on the new boss with your friends!
✔ Defend your bases with others in Team HBM!
✔ Build and upgrade your impenetrable fortress!
✔ Create the ultimate army from a dozen wild troops!
✔ Fast-paced, thrilling, and realistic battles!
✔ Pit your Heroes against other Players in the Arena!
✔ Create your very own Guild and lead it to victory in Guild Wars!
✔ Join other players and conquer Team Dungeons!
✔ Tap and swipe to cast powerful spells!
✔ Free-to-play fantasy strategy. 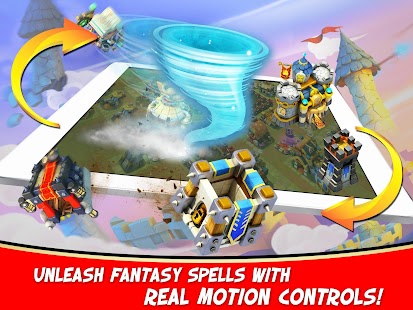 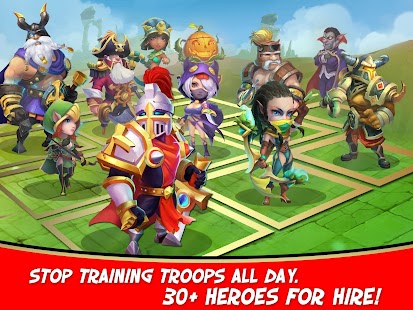