Deadly Dungeons is a first person RPG developed exclusively for the Android platform. This Android RPG is influenced by classic dungeon crawler games such as Dungeon Hack, Eye of the Beholder, and Nethack. Your purchase helps support indie development.

After being separated from your adventuring party, you must navigate a deadly dungeon, and fight your way through hordes of creatures in a desperate attempt to escape alive. What first begins as a simple escape to the surface turns into a fight for survival, a confrontation with an ancient evil, and a descent to hell itself.

Deadly Dungeons Android RPG features several difficulty levels. Casual, an easy mode that features a god-mode that allows you to play through the game quickly without fear of dying. Normal, a standard gameplay mode with death and saving and loading. Hardcore, a permadeath mode which deletes your save game upon death (not for the faint of heart). Nightmare, an extremely difficult mode with permadeath and creatures that move twice as fast as normal.

Once you beat the game, it doesn’t end there. Start a new game and the dungeon scales to your current player level and features more difficult creatures with enhanced abilities. There are 80+ creature levels of variation featuring over 80 different types of attacks creatures can perform. Beware, the game starts off easy for casual players, but play beyond the initial starting level, and you will be met with challenges that are likely beyond your ability.

By purchasing Deadly Dungeons through Android Marketplace, you will receive all future updates and expansions for the game. This Android RPG is continuously developed.

Visit the website and provide feedback for the game. This Android RPG is being developed using input from people who play the game. Have an idea for a feature you would like to see in Deadly Dungeons? Just email contact@deadlydungeons.com and we will consider it.

The Android RPG has been tested on a wide variety of Android devices by hundreds of players. If you do find a device that Deadly Dungeons does not work on, then please let us know so we can add support.

The Android RPG game will run on devices with Android OS 1.5 and up. Android OS 2.2 is recommended.

*** If you have problems with brightness, go to Settings -> Display/Screen on your Android device and adjust the brightness level. You can also download brightness apps to your phone.

What RPG fans have been saying about Deadly Dungeons:

“…this game really took me by surprise. Its fantastic and has real potential.”

“…it reminds me of Eye of the Beholder, Dungeon Master etc… I love it. Brings back memories.” 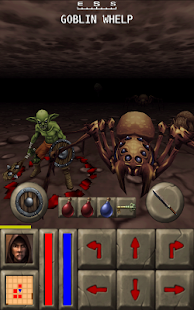 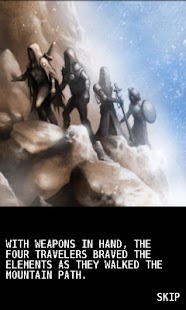