– Added recovery of quests and items if a crash is detected between reaching the Score Screen, and loading the Kingdom Screen
– Fixed a bug where restarting a dungeon could cause the game to get stuck in locked state.
– Fixed a bug that prevented potion information from appearing when selecting potions in a potion shop that you didn’t already have in your inventory.
– Fixed a crash bug in Cursed Oasis
***Cross platform saves! Play the same Kingdom on any device!***Desktop Dungeons makes its debut on Android Tablets! Fight your way through randomly generated dungeons, collect spells, items, and loot to defeat the dungeon boss and earn gold to upgrade your Kingdom. Unlock new classes to play as, useful items to discover, capricious gods to worship, and enemies to fight. All in service of the almighty bottom line and saving your Kingdom from peril.

Desktop Dungeons packs all the challenge and reward of a dungeon crawling roguelike game into bite sized chunks of puzzle goodness. Take an Elf Warlord through the Venture Cave, defeat Aequitas the Warlock and sell his beard to your Taxidermist to afford an upgrade to your Blacksmith. Or, spend time in the game’s extensive puzzles trying to understand exactly what worshipping Taurog is all about.

Key Features:
-Randomly generated single-screen dungeons offer bite sized adventure.
-Explore new terrain to regenerate your health and mana, INNOVATION!
-20 Classes to play as and unlock, including the new Chemist and Rat Monarch!
-7 Races that combine uniquely with the Classes, each playing differently.
-Upgrade your Kingdom to unlock items and preparations to start your dungeon runs with.
-Loads of quests and puzzles to keep you entertained for hundreds of hours.
-Compete with your friends in the new Daily Dungeon.
-Music by the power duo of Danny Baranowsky (Super Meat Boy, Binding of Isaac) and Grant Kirkhope (Banjo Kazooie, Goldeneye 64)
-The full Desktop Dungeons experience, optimized for touch screen.
-Goats!

Desktop Dungeons won the award for Excellence in Design at the 2011 Independent Games Festival, where it was also a Grand Prize nominee.

***Please note Desktop Dungeons only supports tablet screen sizes of 7″ and up for ease of use reasons.*** 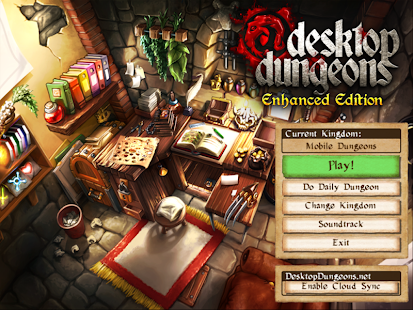 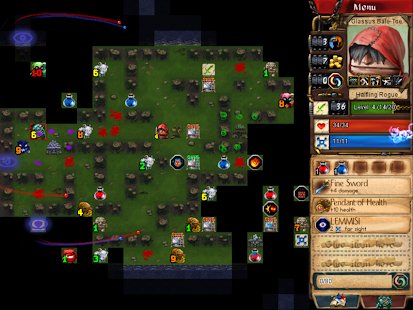 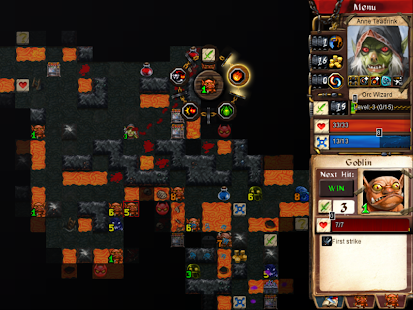 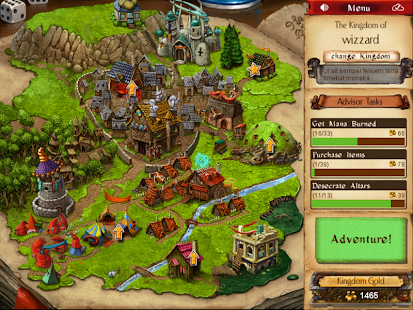