Bug Fixes and Optimizations
Build your Fast & Furious: Legacy Now! Join Tej, Roman, Letty and others to tear up the Streets in super-charged story missions set across all 7 Fast & Furious movies. Lead your Crew against rival teams and race in classic movie locations around the globe from Rio to Tokyo and back to LA. Trick-out your custom ride and weave through traffic, avoid the cops and score airtime on jumps in ALL NEW adrenaline-pumping game modes! The hottest car models from the movie franchise await you – are you ready to create your own Fast & Furious: Legacy?

NEW CARS FROM THE FAST & FURIOUS MOVIES
• Race and drive over 50 cars including favorites from the movie franchise
• Experience the speed of the blazing hot Lykan Hypersport from Furious 7
• Add to your slick lineup of high-fidelity 3D rides with licensed imports, classics, and exotic vehicles

RACE IN MULTIPLE GAME MODES & INTERNATIONAL LOCATIONS
• Dominate in all new action race modes including Street, Drift, Drag, Getaway and Takedown, with more to come
• Explore locations based on the movies from Los Angeles to Miami, Tokyo, and Rio De Janeiro
• Burn up the streets as you conquer iconic locations worldwide

CUSTOMIZE YOUR RIDE
• Style out your cars with the hottest paint, vinyls, rims, and more
• Unlock boosts and nitrous upgrades to leave the competition in the dust
• Take your racing to the next level by upgrading your ride from engine to suspension and everything in between

BATTLE CLASSIC VILLAINS FROM THE MOVIES
• Join the Family with Tej, Roman and Letty to take on missions in Story Mode
• Race Fast & Furious villains like DK, Braga, and Carter Verone
• Take down opponents as you drive through nitro-fueled roads and heart-pounding races
**************Important**************
HD DISPLAY GRAPHICS!
1080p ready for a hi-def gaming experience

OPTIMIZED FOR ANDROID
Supported on tablets of all makes and sizes 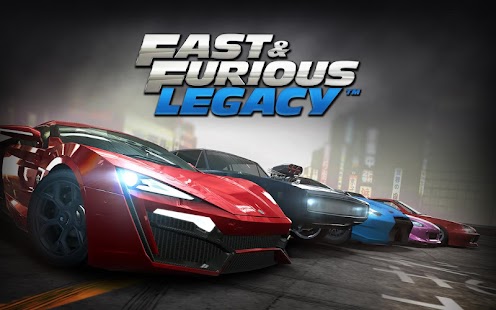 Cthulhu Virtual Pet 2 v1.1.36 (Mod Apk) Have your ever dreamt of raising a Lovecraftian ...