3, 2, 1… Get Ready to fight for your live… This in no ordinary fighting game, these girls fight for honor and the grand prize to turn their mortal lives into immortal souls. Only one can be victorious and win, only one can survive the inevitable death.
Will you control their destiny and bring savior to their souls? One fatal blow can make the difference, but be to slow or weak and you’ll soon find yourself grounded by a counter attack.

The control are for you to explore. You can use one fighter to control the movement (left stick) and use the buttons to the right to make attack combos. Feel free to start in the training mode to get a feel for the button combinations. All girls have their own abilities so mastering them all is the ultimate challenge. Once you are a true master you can always increase the difficulty in the options (from the main menu). The Fight mode lets you play any girl against any girl. The current version has one scene (mountain temple scenery), but we are planning to deliver more scenes as we make coming updates.

Fighting female character:
Mia
Mia is a schoolgirl who came to the fighting scene somewhat late and the true professional say to late. She can pack a punch and had some formal boxing training, but the still lacks the abilities you would find in a die hard martial arts fighter.

Anna
Anna is a futuristic fighter who sees herself as a cyborg warrior, a woman who can be both smart as well as relentless on the battlefield. In close hand-to-hand combat she is extremely hard to beat as she has an amazing stamina and very fast movements. Did you see her dragon tattoo?

Eve
Eve is a renegade who was born a orphan and was raised by pirates and soon learned how to defend herself in this hard world. Although more of a street fighter, you still need to be on guard as she can be ruthless in her attacks.

Lola
Lola started her career as a Thai kick boxing fanatic during her time in jail, but learned the finer techniques of Kung Fu later through the local dojo, a dedicated coach and self discipline. She is a force not to underestimate!

Medea
Medea was born in Australia in a very liberal family. Soon she found her family killed by a drug gang and seeked revenge. She has a blood thirsty snake around her neck to shock the opponent and the crowd. Her special powers come through her love for animals as she nurtures a very close bond with the animal kingdom. She has a tiger as pet and is a black belt in Karate.

Kachujin
Kachujin is the absolute supreme martial arts specialist who as obtained specials power and abilities. Although never confirmed she is rumored to be a ninja. Do not make her angry as she will unleash raging fire balls upon you to still her hunger for blood!

What are you waiting for grab your cloves and hit the download button and join the ultimate girl fighting experience now! It’s all free! Are you the female equivalent to Bruce Lee? Play and find out!

Device performance notice:
Girl Fight: Fighting games requires quite a lot of processing power due to the high-end 3D graphics and detailed simulation of the characters. We are constantly optimizing the game, but be advised that a powerful Android device is recommended. Note that depending on your device shadow and detailed particle rendering may be disabled if your devices frame rate is running to low. 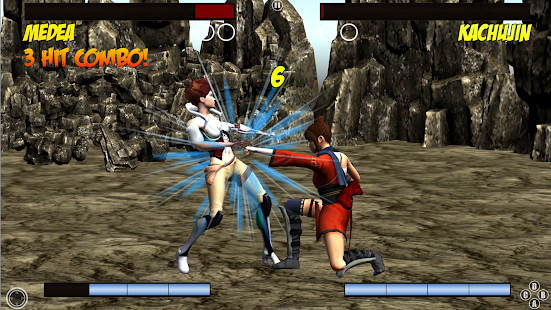 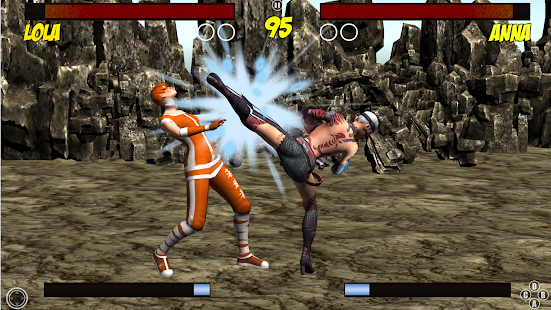 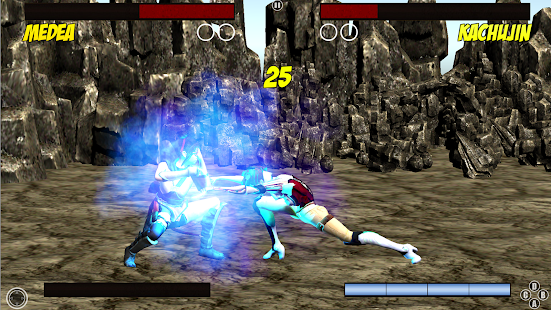 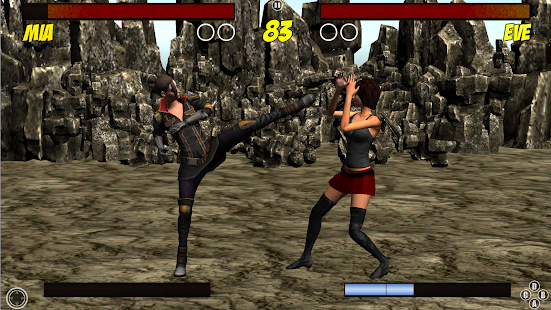