2.37 – fixes:
NHEX 3.0 tiles and board!
HD / tablet layout as in-app extension!
Improved tutorial
Game screen orientation adjusting to device orientation.
New Army: Mississippi – units fixes
Fixed several small bugs
Fixes for in-app billing issues
Add better army select panel in custom game
Improved discarding tile from hand – you can now also long-tap X icon or just tap shaking tile to discard it.
New version is only available for Android 4.0+ !
Neuroshima Hex is a fast paced, tactical board game where up to 4 players (human or AI) lead their troops to victory. Every player controls one of the four armies struggling for influence and survival in the world destroyed in a 30 years long war. March with the machines of Moloch, leading its army towards setting the new world order. Become Borgo and unite the forces of the mutants who spread terror in the wastelands. Lead The Outpost – humanity’s last and only hope and try to beat the machines in an uneven guerrilla war. Be the boss of The Hegemony – land of gangers not caring about the fate of others and living only for violence and their mad entertainment.In the world of Neuroshima Hex you need to prove you have what it takes to survive. 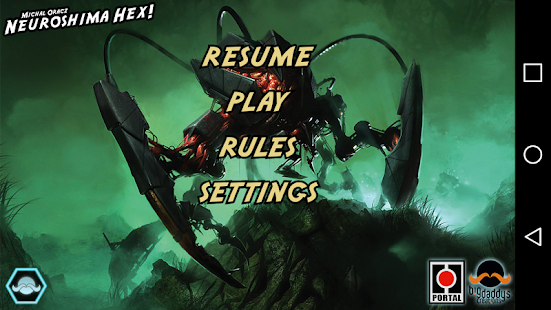 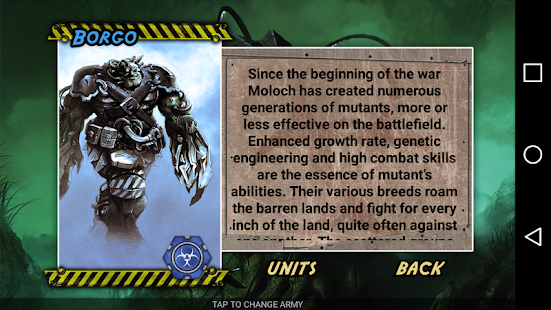