Other side of the planet lies complete evil called the witchers.this pure evil is responsible for the war between INAs.ina’s hated themselves so much,that they even painted their land based on their skin color.they were at war for many years until lightblue’s chose to live in peace.because of this all the remaining ina’s except lightblue’s got united and started fighting against lightblue’s.
Lightblue’s hated the war and concentrated more on research and development of their race.During that time they found this extraordinary powers the “TRANS”,the “RO” and the “SCALE” below their grounds.they used these powers to defend from others.
But others took the help of the evil witchers and defeated lightblues.killed lot of them,took lot of them as prisoners,took their books (which describes how to use these powers),took their precious things,gold coins and gems.
But what others missed is that, an INA is on its way for revenge.
That INA can be you.

Features:
>> Adventure that you never forget.
>>Play total of 32 levels.
>> Every level gives you something new.
>> No in-app purchases.
>> Stunning HD graphics.
>> Eliminate enemies following the story.
>> Use the Trans,Ro & Scale powers to cross the levels.
>> Collect coins,gems,books & your precious things.
>> Increase your Xp & your level.
>> Save your people and bring them home. 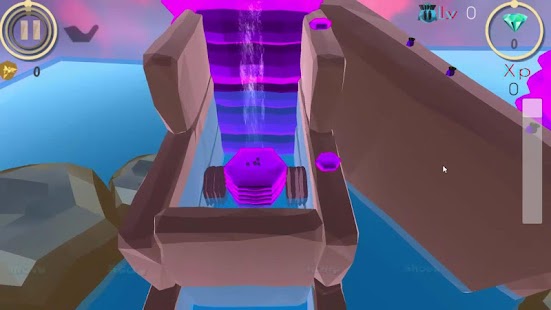