X-CORE. Galactic Plague. Apk v1.09 Mod These stupid monkeys don’t know what a mighty Empire they face. Lead your troops to victory and each country on the planet will have monuments of yours.
So, what are we gonna do?

Attack the Earth, country by country. You choose by your own the country to start with. Invade silently, so no one suspect a thing, send your spies everywhere. Inhabit the planet peacefully, and then step out of the shadows and disintegrate everyone in your way.

You are the plague of a mankind. Make fallout for people! Don’t let them hide at shelter!

If you like Plague Inc. you should like this game.
Those who don’t like XCOM would be happy to trample wretched people underfoot, taking the part of aliens. 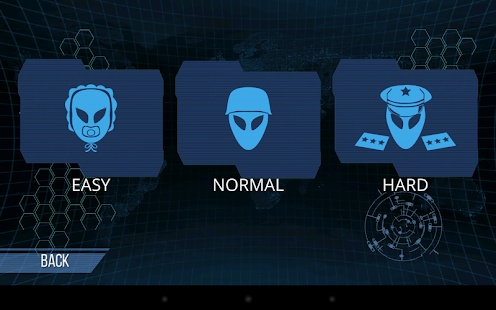