In year 2066, the Zombie King spread a terrible virus “D Edition”. People infected with the virus will become zombie and to live by eating human.
In year 2146, the surviving humans that facing crisis of survival is about to fall…
The 3 protagonists seeing hordes of zombies devour human being, a passion for zombie unspeakable hatred, swear to destroy them until died…

# Characters
1. Zombie Killer: revenge for the death of family members, can use broadsword and pistol, he is absolutely first class in terms of damage.
2. Son of Tai Chi: In order to protect the surviving human leader, able to use the crossbow and great axe, offensive and defensive fairly balanced.
3. Man of Steel: Manufactured by government to eliminate the zombie robot, and his attack is very powerful. 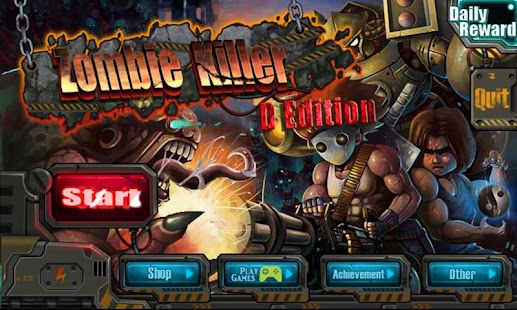